Multiculturalism and Citizenship. Educating in a Turbulent World. Back Matter Pages About this book Introduction The late Mr Lee Kuan Yew — laid the foundations for the creation of a first-world education system in Singapore. Like many other issues concerning the country, his ideas for education were transported in a red box, which he took with him wherever he went, even up to his last days.

Inside it was always something designed to help create a better life for all Singaporeans. Likewise, the editors hope this book will lead to a brighter future in education.

Western attempts to "impose" universal notions of human rights - the prohibition of child labour for example - are seen as a ploy to undermine East Asian competitiveness. This increases the tendency to exaggerate and generalize, and leads one to conclude that the debate is more political than substantive. When advocates of "Asian values" celebrate the community over individualism, the family as the basis of society, frugality, respect for learning, hard work, public duty, teamwork, they usually demean their argument by contrasting these with the breakdown of the family, decadence, hedonism, excessive individualism, lack of teamwork, fecklessness, and ill discipline in the West.

At its most nonsensical, the dynamism and cohesion of East Asia is contrasted with the West's "moral degeneration" and its imminent social collapse, no less. The renaissance theme is common. It is interesting that some political leaders in the West have begun to "learn from the East" and use the rhetoric of this agenda in response to the perceived excesses of individualism and social deterioration. Reinvigorating community values and the public spirit is a popular theme.

Democracy and Politics The "Asian values" thesis maintains that certain patterns of development and politics are reflected throughout the region. Whilst this is to an extent self-evident, demonstrating a connection between these arrangements and cultural values is a formidable task. Nevertheless, some generalizations can be made which reflect a divergence from the liberal democratic model of the West.

In fact, the divergence contributes to a process of democratic proliferation which makes it difficult to define the criteria of democratic government. The classical liberal characteristics of democracy require a multiplicity of parties representing competing policy agendas and clear political alternatives, limitations on governmental authority and guaranteed rights of free expression and association. In an adversarial system, there is effectively a government-in-waiting. Citizenship ensures the opportunity to have an input into one's destiny and to participate in a public sphere of debate about all public issues in the context of a constitution and the rule of law.

Out of this rigorous political competition comes good governance and accountability. The spirit of US democracy is characterized as guarding against government excesses as much as with endowing the government with the authority to define and enforce the public good. As Samuel Adams wrote, "When the government fears the people, there is liberty.

When the people fear the government, there is tyranny. Most have evolved through hard or soft developmental authoritarianism to some form of democracy, in the sense of having elections, universal suffrage and political parties. Yet in some cases they appear to be based upon a different social premise. Strong government invested with the responsibility of upholding collective needs, an absence of many liberal democratic practices, and longevity of political elites seem to be the norm. Singapore, for example, has been ruled by the People's Action Party since independence, and under the leadership of Lee Kuan Yew between and Singapore has even been described as a "consencracy".

A similar longevity of power has been experienced by the Liberal Democratic Party in Japan, the United Malays National Organization in Malaysia, the elite in Thailand, the alliance of bureaucratic and military forces until recently in South Korea, and the Kuomintang in Taiwan. Can this be attributed to an East Asian preference for harmony, consensus and an adversity to confrontation? In a number of these countries there has not been complete freedom for opposition parties, freedom of speech, a separation of powers, or civil and political rights as conceived in Western political thought.

In societies where the emphasis is upon consensus and harmony, especially when pursuing economic growth, it has proved possible to deem opposition as subversive. Cultural values have been a tool to control dissent. It has been widely argued that free market development precedes democracy and civil rights, as indeed it did in the West. Lee Kuan Yew stated that "I do not believe that democracy necessarily leads to development. I believe that what a country needs to develop is discipline more than democracy.

The collective goals are clear so the government's responsibility of upholding these should not be unduly hampered by democratic checks and balances.


This ethos continues in some cases, albeit in a diluted form. A strong bureaucracy and an absence of the separation of powers are still characteristics of East Asian states. In fact, there has been practically a fusion of the state, leading party and bureaucracy. For years the cultural disposition of East Asians was thought to accept this benevolent, paternalistic spirit of government. As the epitome of this, Karel van Wolferen presented a picture of a docile, conformist, submissive Japanese population completely indifferent to the intrusions of the state and bureaucracy and an impenetrable political system.

Indeed, these liberal notions can undermine efficiency and stability and cause gridlock between institutions.

An Overview of Diversity Awareness

Efficiency and stability rank higher than transparency and accountability, although this is changing. This appears to conform to the East Asian emphasis on harmony and consensus, which could obstruct the free exchange of ideas and rigorous political debate. In the context of these conservative values a number of East Asian societies still do not have a free press. According to one observer, "East Asians want their governments to maintain a morally wholesome environment". A government campaign in Britain to promote morally wholesome values under the theme of "back to basics" was completely abandoned, for example.

Could one characterize Asian democracy as government of the people but not necessarily by the people, and the people as subjects rather than citizens? If one were to attempt comparisons with the West it would appear that many East Asian political systems have been built upon different philosophical foundations and certainly reflect different priorities and needs.

This is sometimes manifested in rather Orwellian terms of "too much freedom is dangerous". Invariably this raises the most indignant defensiveness in the region. There is a common generalization which is often presented as a dichotomy.

In the West, liberal, cosmopolitan individual freedoms which stress civil and political rights. In the East, communitarian, context-dependent rights and duties commensurate with local needs and conditions which are more likely to stress social and economic rights.

The Challenges of Success

To some degree this rough distinction has been reflected in states' attitudes to the principal international human rights instruments - such as the Universal Declaration of Human Rights and the covenants on civil and political, and social and economic, rights of - and it was manifested at the time of the UN Human Rights Conference in Vienna The Asian position, elaborated at a Bangkok summit prior to the UN conference, was that they would not accept a declaration which put the rights of the individual above the needs of society and the right to live in an environment of social and political order.

There is also an element of indignation at a perceived Western cultural and racial superiority.

East Asian leaders claim that different standards are both a reflection of different cultural foundations and different practical needs. Indeed, irrespective of cultural relativism, levels of social and economic development and degrees of state consolidation are key factors in human and political rights. The multi-ethnic nature of many East Asian states and the demands of managing the welfare of developing societies dictate certain priorities and an element of authoritarianism, just as they did in the West when it was undergoing a similar phase.

In some cases fragmentation is a more pressing concern than human rights, a fact that some human rights commentators in the West fail to understand. Moreover, unlike the West, the region has experienced tremendous development in just decades. The socio-political impact of this has to be managed in such a way as to safeguard growth and avoid social fracture; democratizing too fast is not wise.

There is clearly an emphasis on domestic jurisdiction and non-interference. Negotiations concerning Myanmar's membership in the Association of South-East Asian Nations, despite condemnation and sanctions against Myanmar by the outside world, have reflected this tendency. Similarly, the region stands out for having few, if any, legal instruments pertaining to human rights and no human rights commission. If East Asian societies are so self-disciplined and cohesive, why has it been necessary to maintain authoritarian state structures?

The Changing Context The effects of economic globalization and interdependencies, advances in communications and transnational forces can be twofold.

Some have argued that there has been a revival of traditional values as a result of the uncertainties of social change and as cultures rub up against each other. Whilst education, democracy and development may reflect a superficial Westernization, they can lead to a rediscovery of indigenous values, even a "cultural backlash". As a generalized consequence of "modernization" - industrialization, urbanization, education, democratization - this is undeniable. East Asian leaders have sought to exploit the opportunities of this environment whilst resisting the globalizing culture which accompanies this process.

Yet by openly resisting change - and in the case of Singapore legislating to retain traditional values - they highlight that the force of change exists. Gerald Segal wrote that "modernization in East Asia is changing social values" and certain characteristic values are fading. The confidence which has resulted from the economic success of East Asia has been accompanied by an element of anxiety as old institutions and values come into contact with modern forces. One only has to talk with senior members of society to hear complaints of a decline of traditional values and a trend of materialist individualism.

And changes in aspirations and perceptions of good governance and feelings of alienation have had implications for politics and social relations. These implications have been quite dramatic in transitional democracies. Democracy groups have been unhappy with the pace of change in some cases and civil activists have been promoting participatory modes of local democracy. 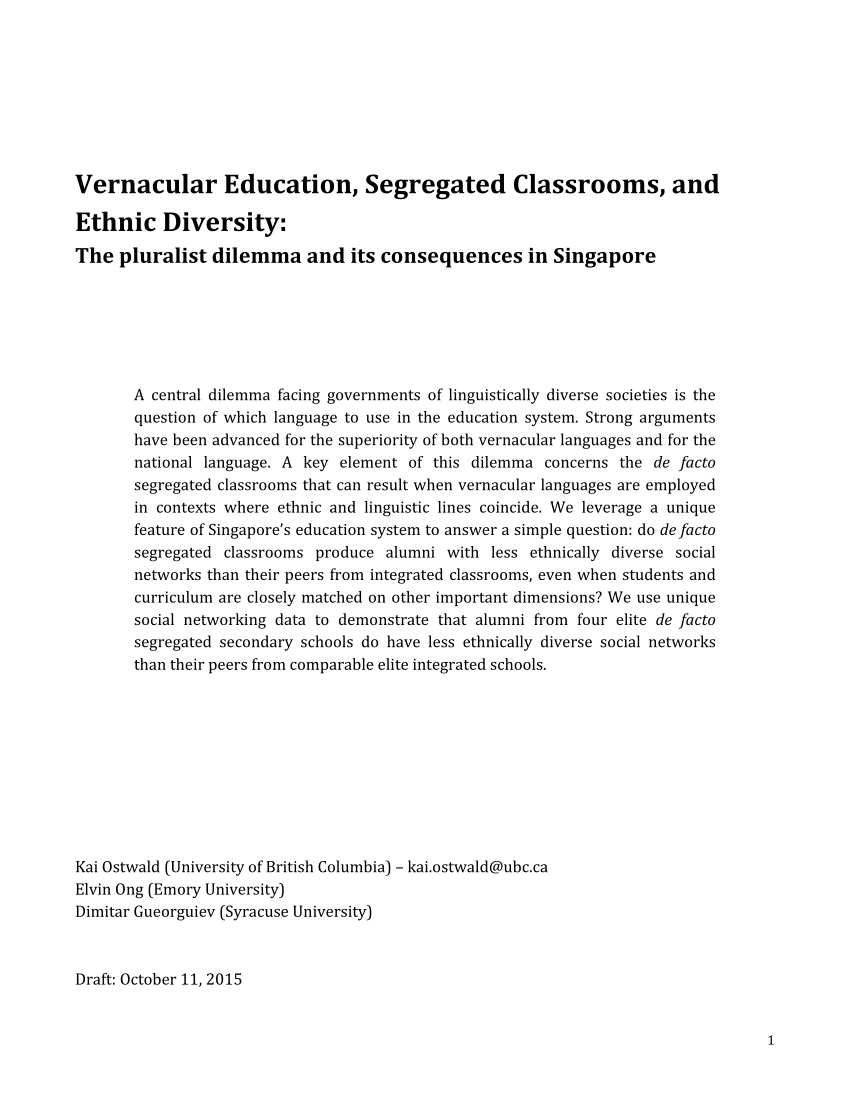 The public in Japan is less willing to trust the integrity of the alliance between the bureaucracy, the Liberal Democratic Party and business in working for the interests of Japan behind closed doors; there are significant calls for more transparency and accountability.

In Thailand, tourists enjoying a river cruise to the ancient capital of Ayutthaya witness the ramshackle river houses of the poor next to the multimillion dollar hotel and housing developments. The old tour guide script explains that this is not a source of social discontent or instability because generally the mindset of the people is to accept their situation without complaint.

Yet at the same time tens of thousands of disadvantaged people, especially from the countryside, conduct demonstrations in the centre of Bangkok against the uneven distribution of income from the booming economy. Thus, feelings of cultural identity - whether declining or in resurgence - coexist with increasing political consciousness in the context of globalizing forces. People are more assertive, overcoming traditional restraint and mobilizing from the bottom up.